A Historical and Legal Study of Sovereignty in the Canadian North

Gordon W. Smith, PhD, dedicated much of his life to researching Canada’s sovereignty in the Arctic. A historian by training, his 1952 dissertation from Columbia University on “The Historical and Legal Background of Canada’s Arctic Claims” remains a foundational work on the topic, as does his 1966 chapter “Sovereignty in the North: The Canadian Aspect of an International Problem,” in R. St. J. Macdonald’s The Arctic Frontier. This work is the first in a project to edit and publish Smith’s unpublished opus a manuscript on “A Historical and Legal Study of Sovereignty in the Canadian North and Related Law of the Sea Problems.” Written over three decades (yet incomplete at the time of his death in 2000), this work may well be the most comprehensive study on the nature and importance of the Canadian North in existence.

Volume 1: Terrestrial Sovereignty provides the most comprehensive documentation yet available on the post-Confederation history of Canadian sovereignty in the north. As Arctic sovereignty and security issues return to the forefront of public debate, this invaluable resource provides the foundation upon which we may expand our understanding of Canada’s claims from the original transfers of the northern territories in 1870 and 1880 through to the late twentieth century. The book provides a wealth of detail, ranging from administrative formation and delineation of the northern territories through to other activities including government expeditions to northern waters, foreign whaling, the Alaska boundary dispute, northern exploration between 1870 and 1918, the background of Canada’s sector claim, the question concerning Danish sovereignty over Greenland and its relation to Canadian interests, the Ellesmere Island affair, the activities of American explorers in the Canadian North, and the Eastern Arctic Patrol. The final chapter examines the Eastern Greenland case and its implications for Canada. 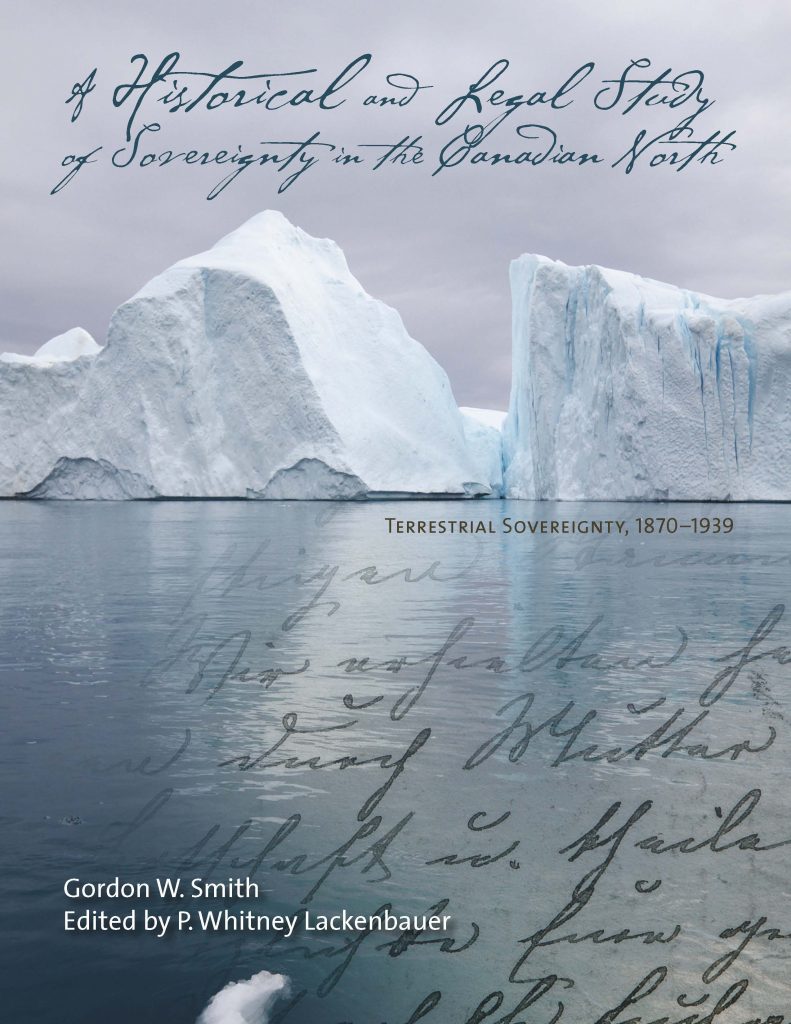 Smith’s book is invaluable to anyone involved in the Arctic, as no one conducting research or making policy can do so without understanding both Canada’s history in the Arctic and its Arctic history. The two histories are complementary but not synonymous, and both are addressed by Smith’s study…. Editor P. Whitney Lackenbauer, one of the foremost scholars in the field of the Arctic, has done an excellent job of presenting Smith’s work to a contemporary audience. Not just a historian, Lackenbauer is concurrently immersed in current Arctic politics and policy issues. Few are as well-placed as Lackenbauer to bring this historical study into the current conversation, and his work here is evidence of that.

In A Historical and Legal Study of Sovereignty in the Canadian North, Gordon Smith and his editor — Whitney Lackenbauer — offer one of the most comprehensive and detailed histories of Canada’s Arctic sovereignty…. A Historical and Legal Study has cemented his place as one of Canada’s great Arctic historians. In his introduction, Lackenbauer expresses his hope that this book will serve as a foundation for future study rather than as a truly definitive account (xix). This is probably too modest. While there is always space for incremental improvement, Smith seems to have left us with a history that is as exhaustive as any author could ever reasonably hope to produce.

Gordon Smith devoted much of his life to documenting the background and claims for Canadian sovereignty of its northern lands and waterways. This volume is a testimony to his tireless ef­forts to provide a historical and legal context to this question…. It is highly recommended to anyone with an interest in the 19th and early to mid-20th century history of explo­ration of the Canadian Arctic, and the question of Canadian sover­eignty of the Canadian Arctic islands and channels.

Anybody who has worked on sovereignty issues in the Canadian Arctic or the Arctic more generally has come across the name and published writings of Dr. Gordon Smith. It is also widely known that his publications repre­sented the tip of the proverbial iceberg and that Smith had long been working on a more comprehensive account. This volume represents a first step in bringing Smith’s unpub­lished work to the attention of a broader audience…. [T]he editor and his eminent Advisory Group have gone a long way to establish­ing Smith’s “important place in the historiographical and policy landscape on Arctic sovereignty issues.” 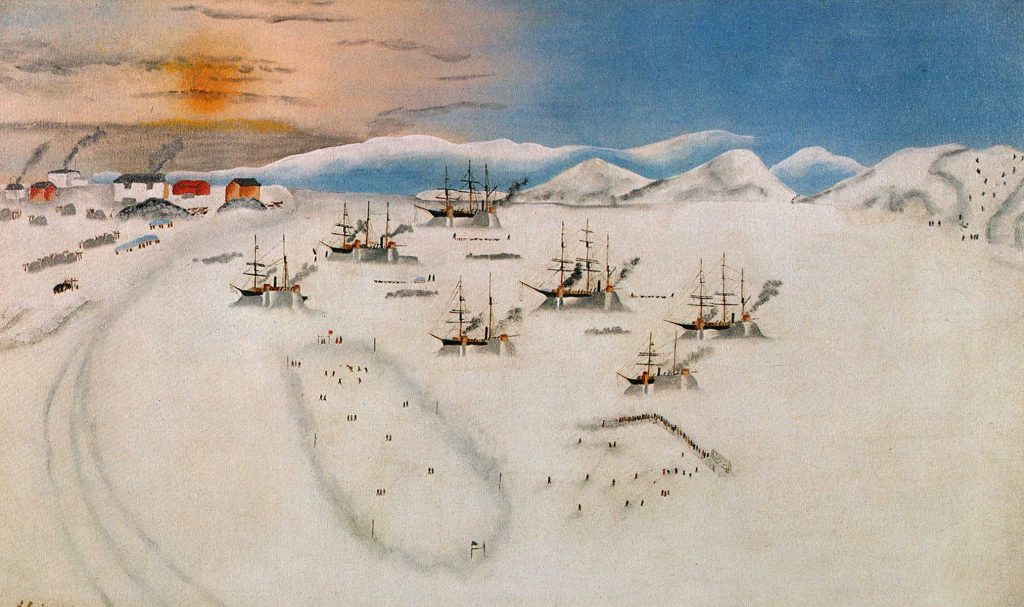 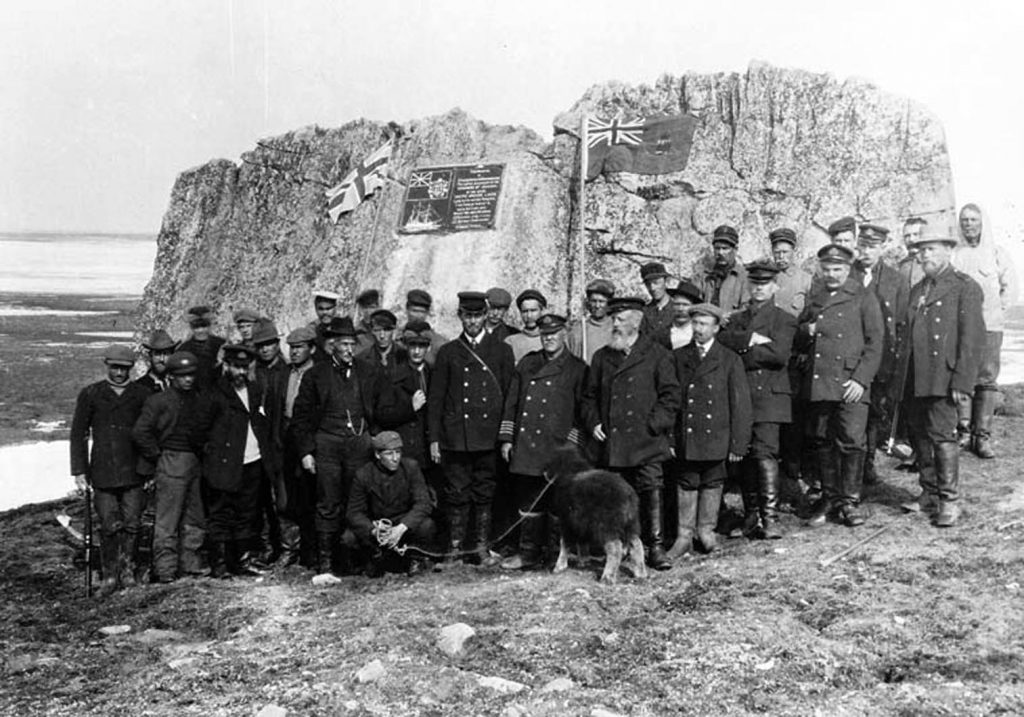 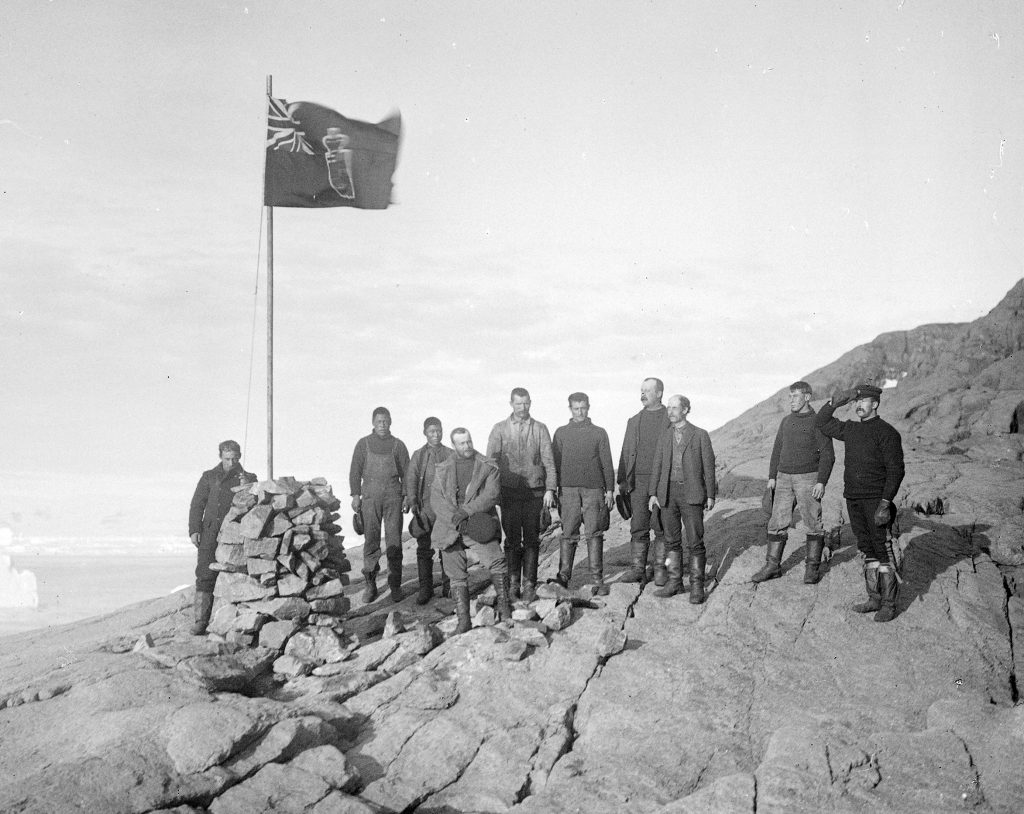 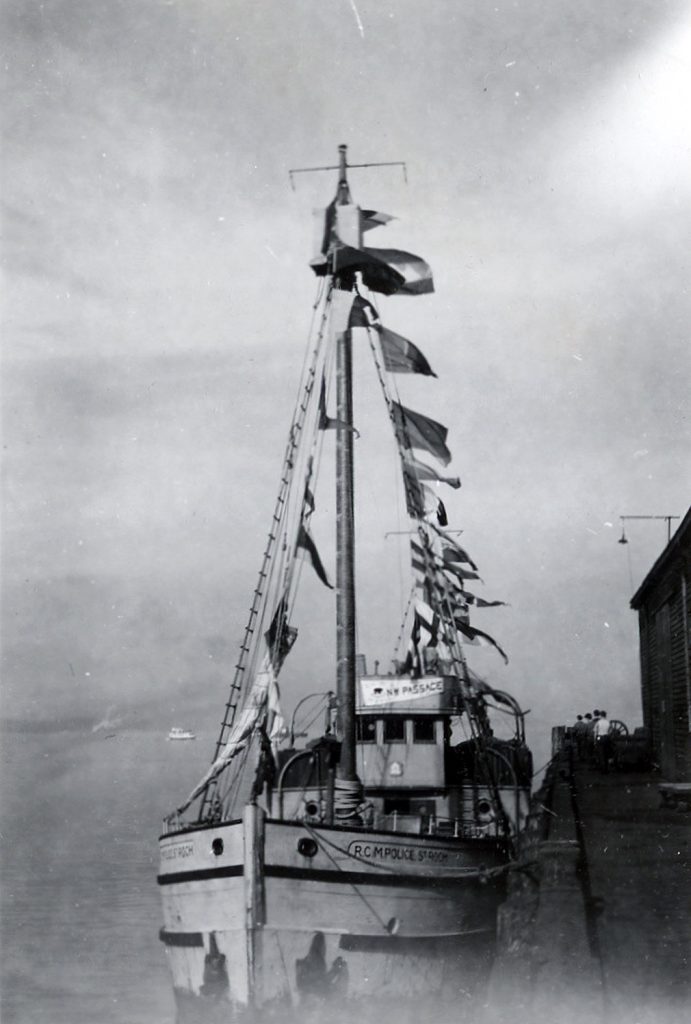 1: The Transfers of Arctic Territories from Great Britain to Canada, 1870–80

4: Whaling and the Yukon Gold Rush

8: The Sector Principle and the Background of Canada’s Sector Claim

9: Vilhjalmur Stefansson and His Plans for Northern Enterprise after the First World War

10: Danish Sovereignty, Greenland, and the Ellesmere Island Affair of 1919–21

13: The Eastern Greenland Case and Its Implications for the Canadian North

14: American Explorers in the Canadian Arctic and Related Matters, 1918–39

15: The Eastern Arctic Patrol, the Royal Canadian Mounted Police, and Other Government Activities, 1922–39