TEACHING BEYOND THE UNIVERSITY

Since 2013, I have been very honoured to support the work of the Students on Ice (SoI) Foundation which “educates the world’s youth about the importance of the Polar Regions, supports them in their continued personal and professional growth and inspires and catalyses initiatives, that contribute to global sustainability.”  I have served as part of the mentor-teaching staff on SoI Arctic Youth Expeditions to Greenland and the Canadian Arctic in:

This exceptional program, designed for a diverse group of youth aged fourteen to eighteen, stimulated my interest in “expedition learning” which I hope to integrate into future university-level Arctic history courses. 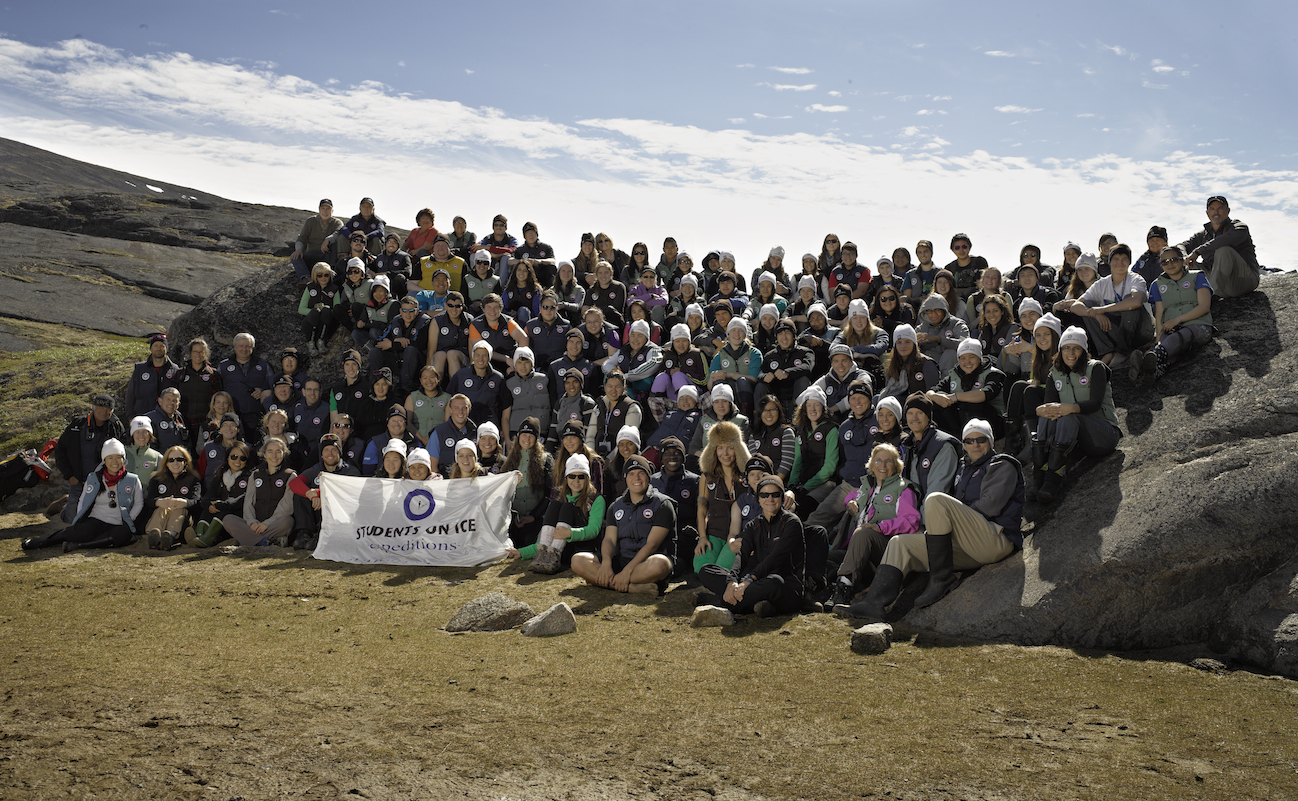 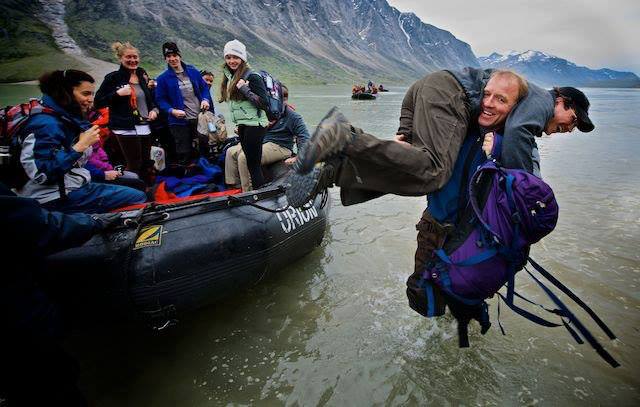 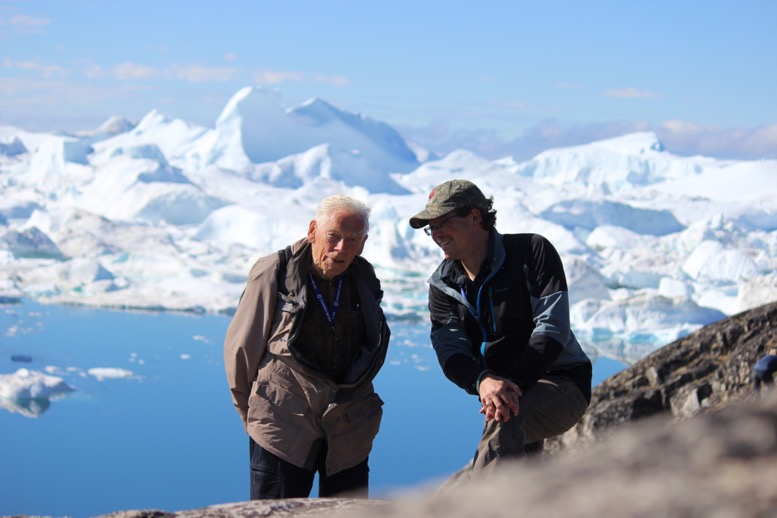 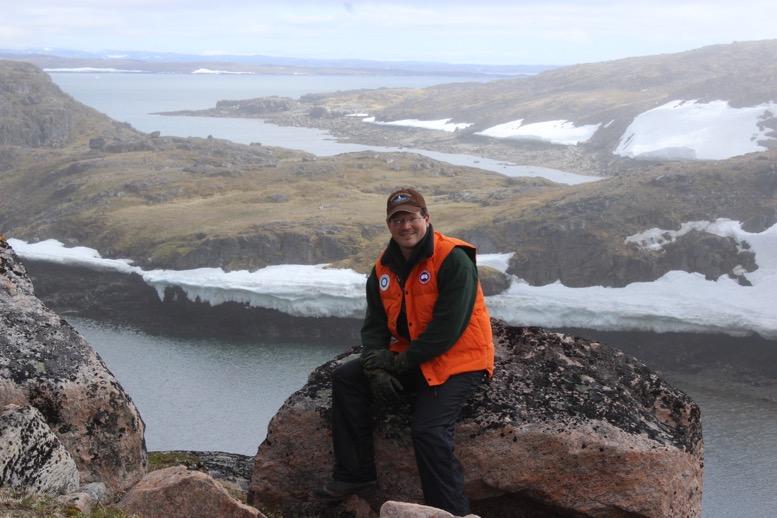 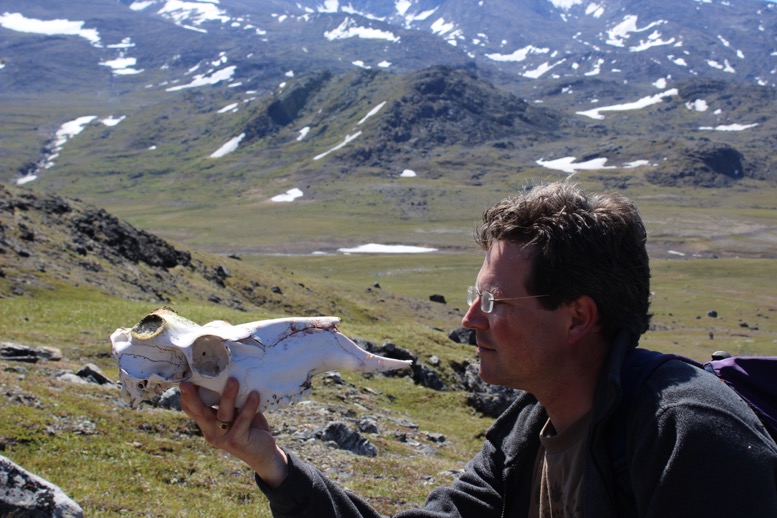 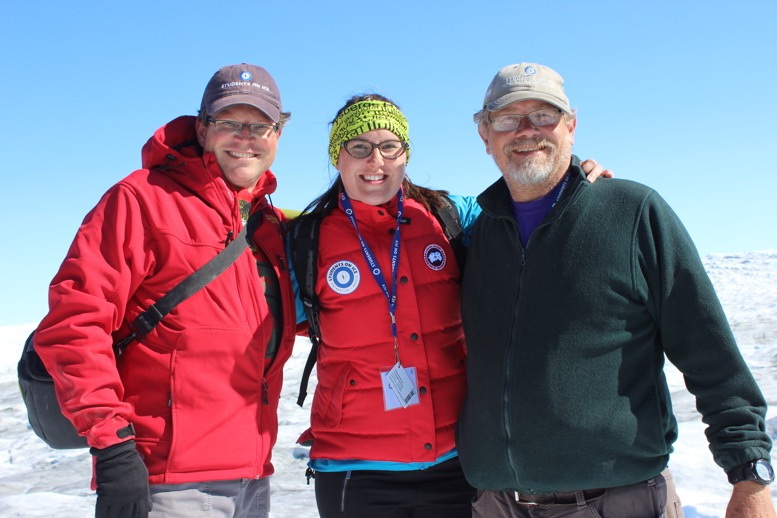 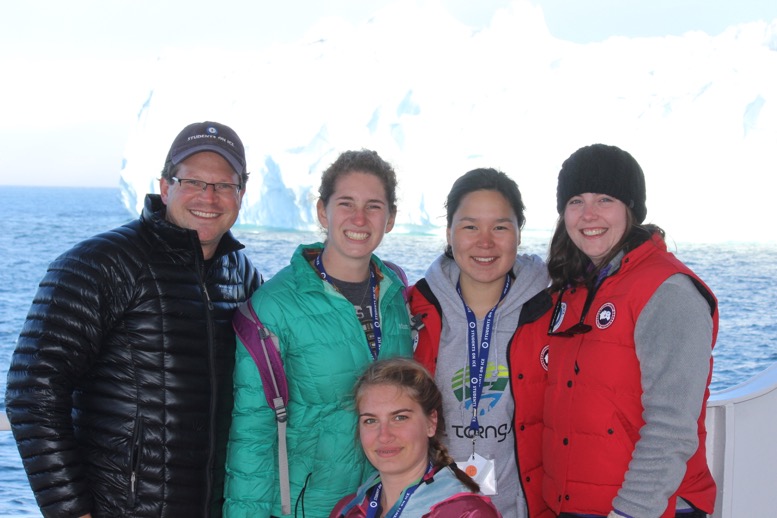 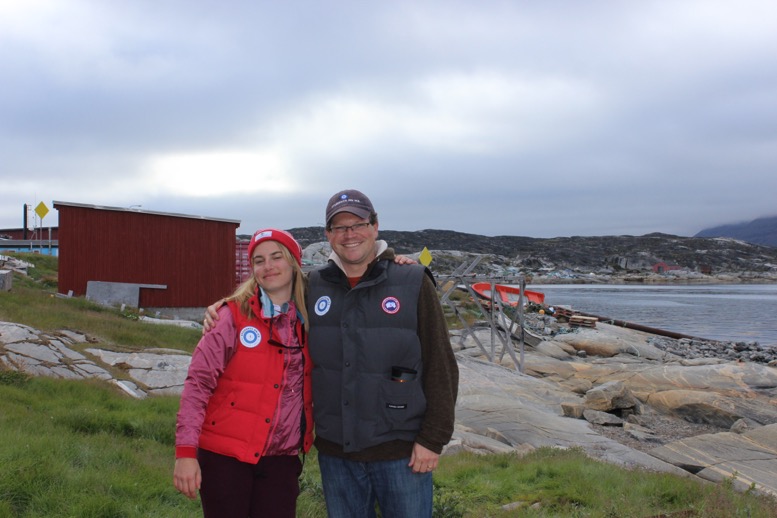 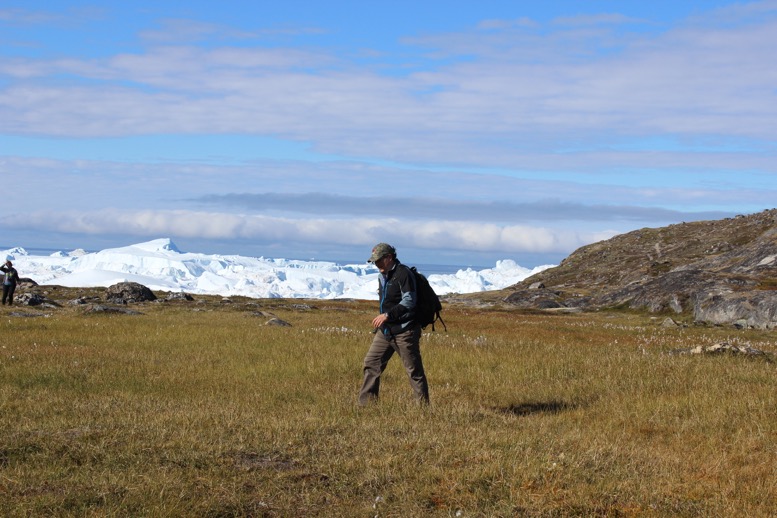 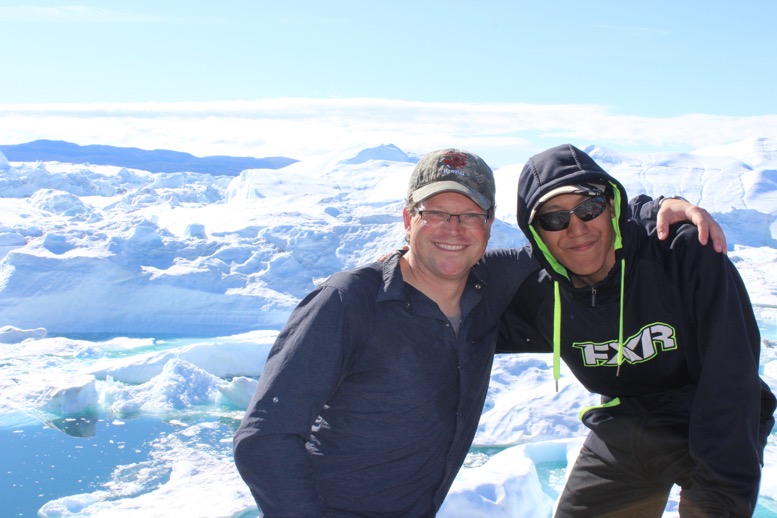 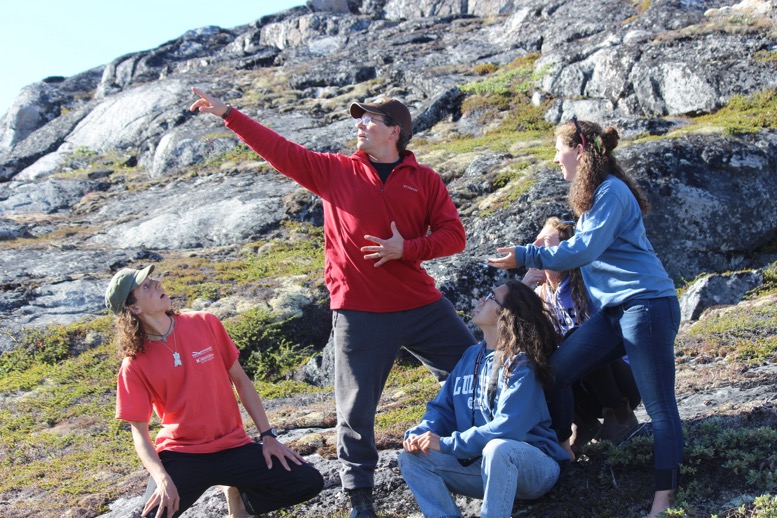 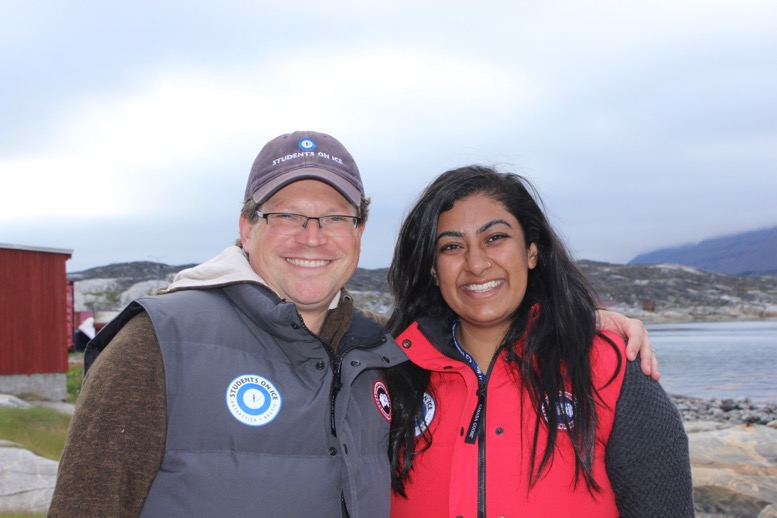 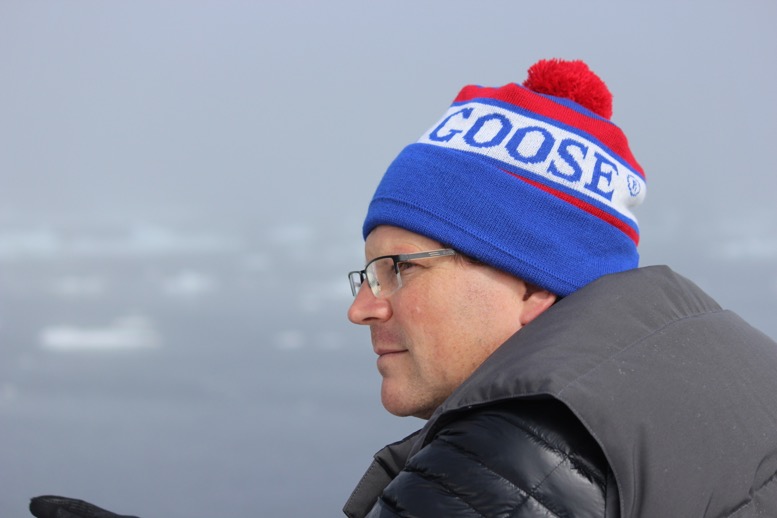 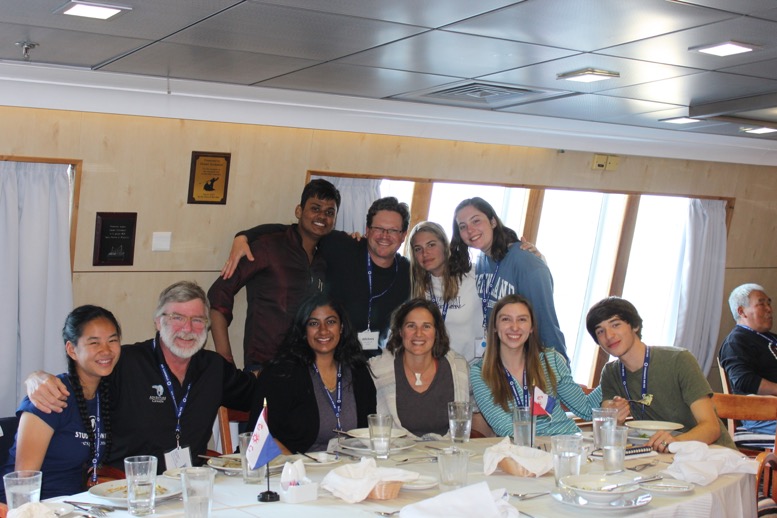 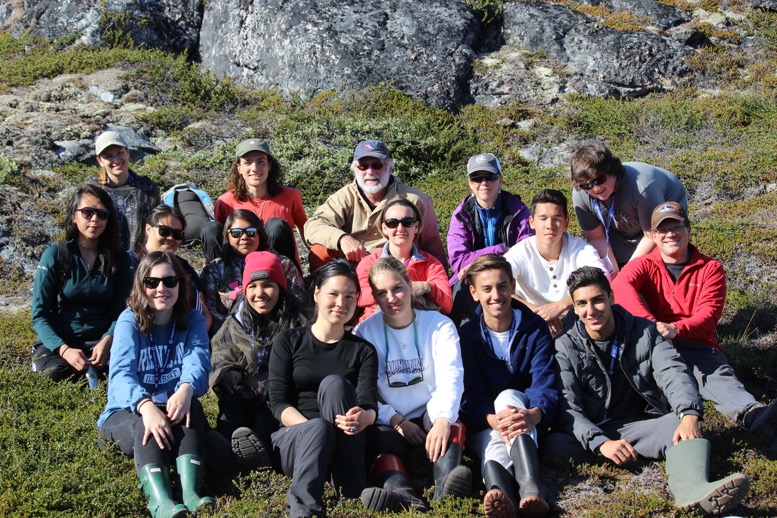 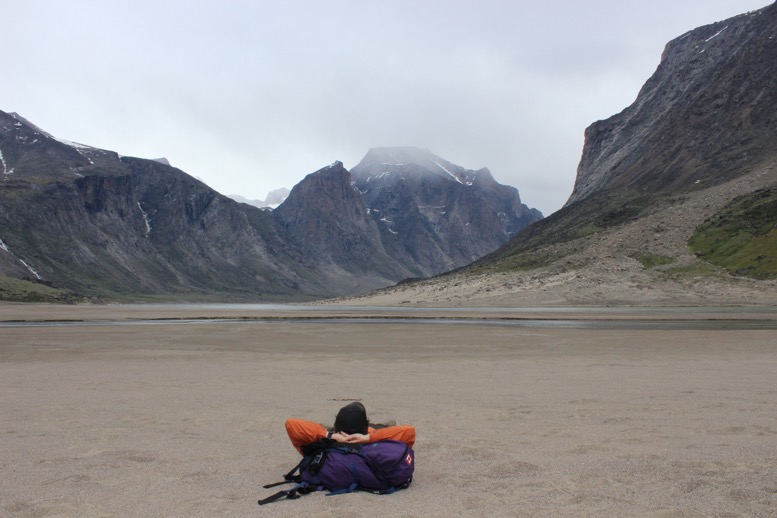 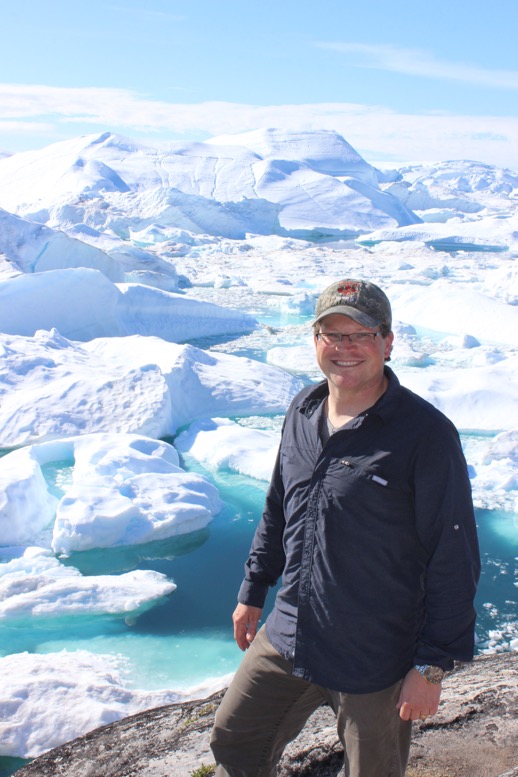 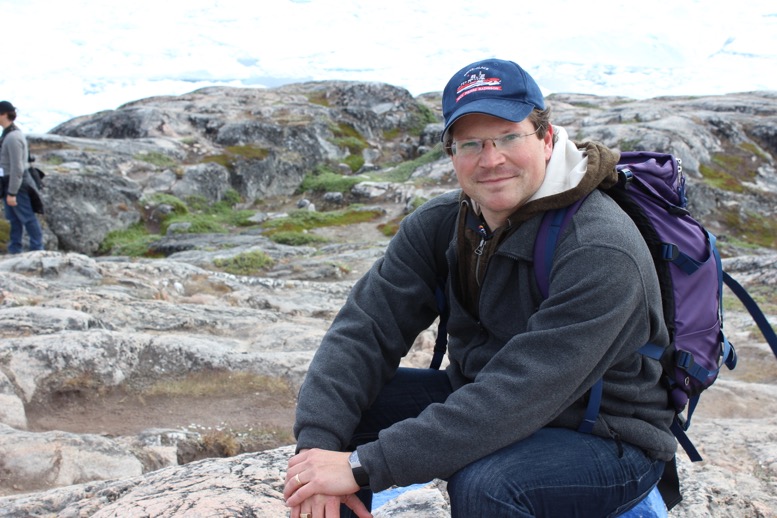 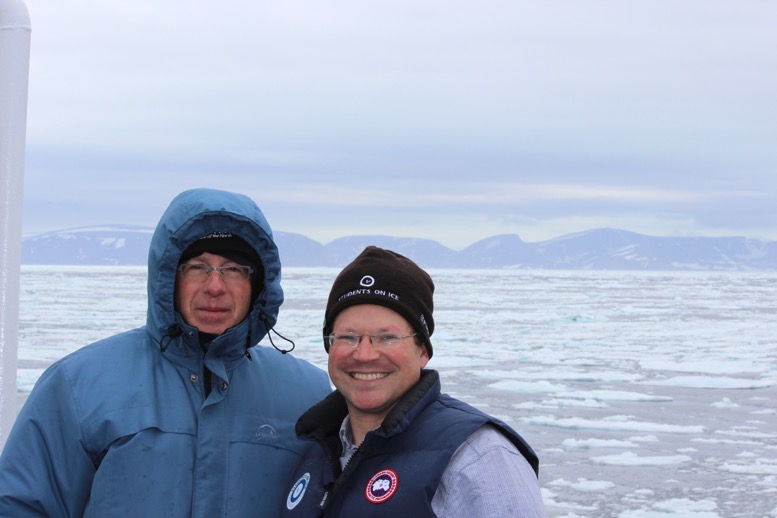 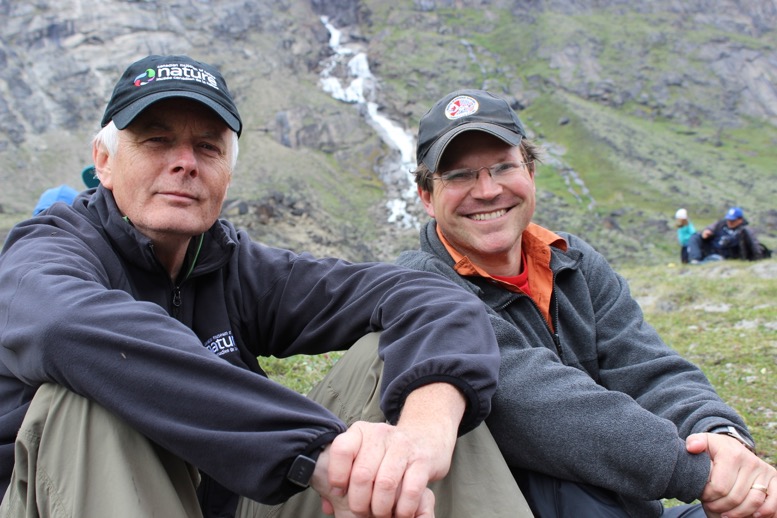 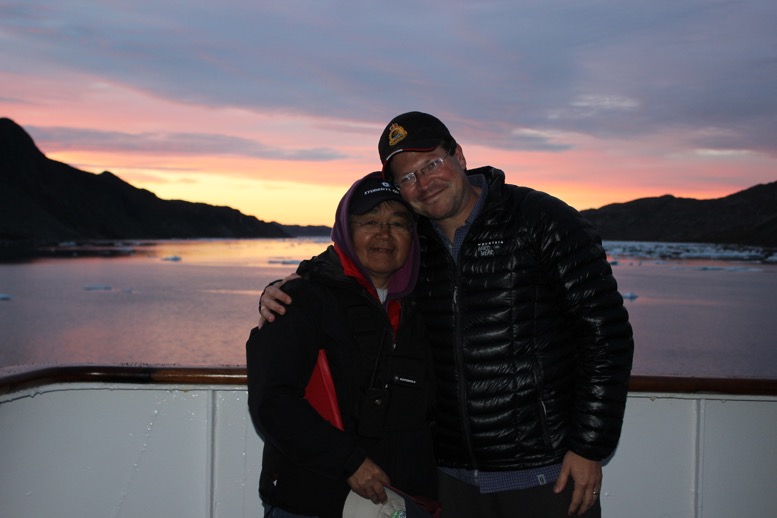 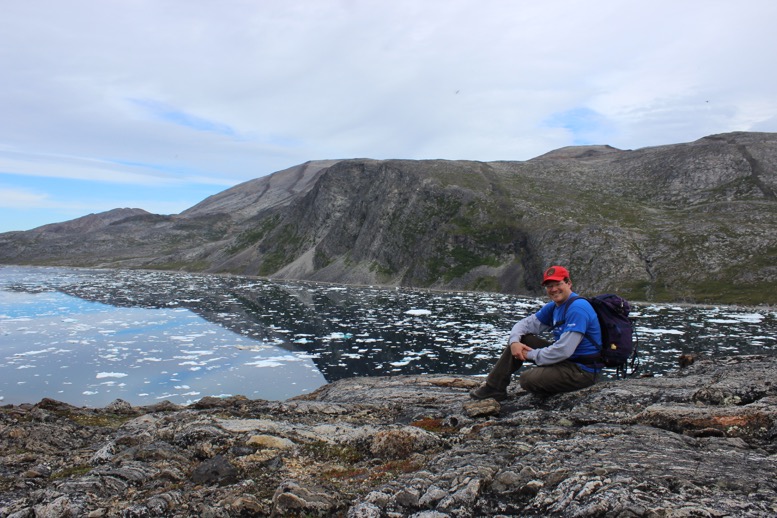 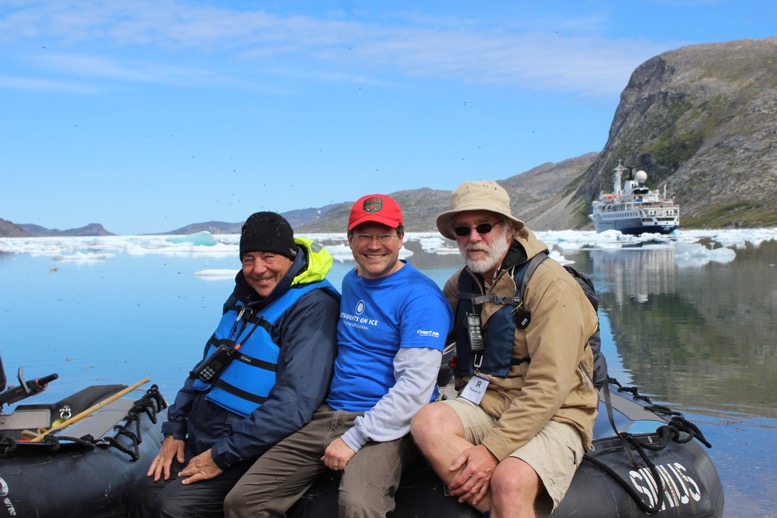 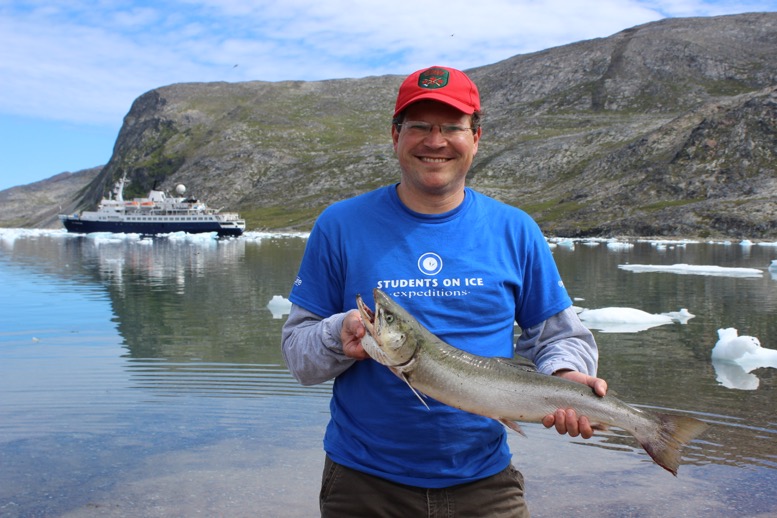 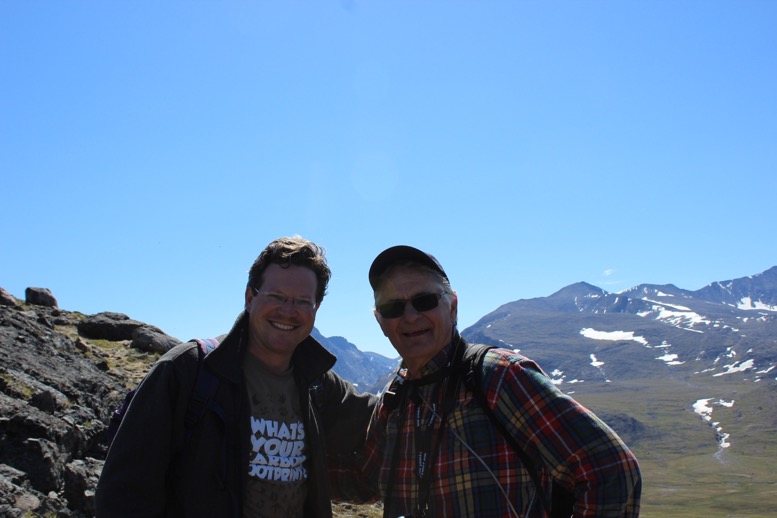 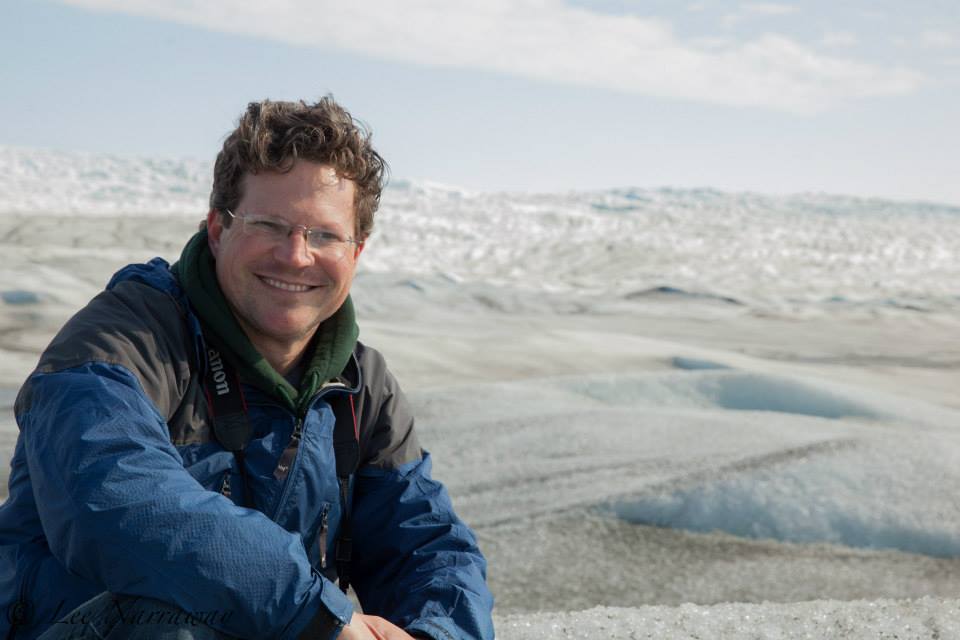 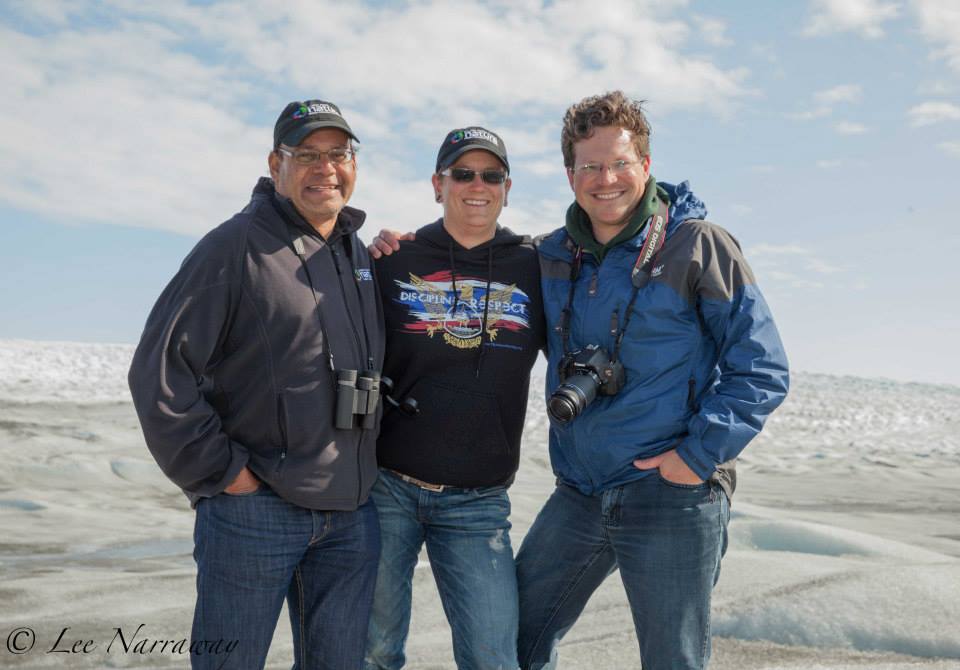 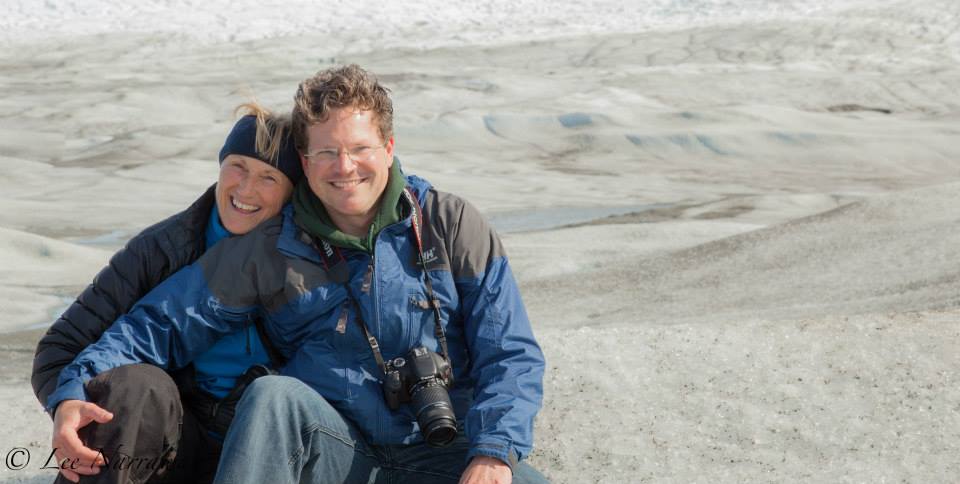 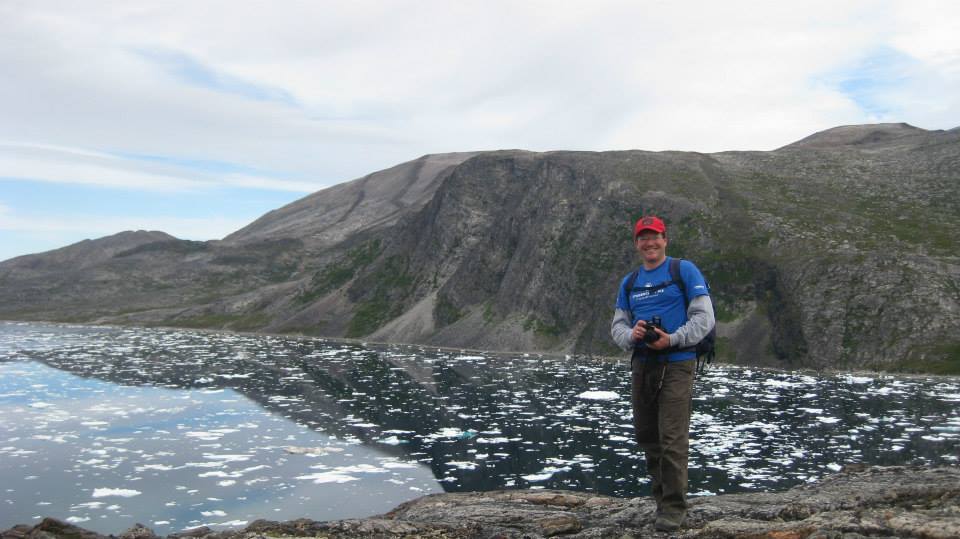 In early 2012, the Department of Foreign Affairs and International Trade approached me to design a course on Arctic Governance for its Centre of Learning for International Affairs and Management in Gatineau, Quebec.  Accordingly, I was contracted to develop and deliver a pilot course in June 2012 for twenty foreign service officers and civil servants.  This involved arranging presentations by senior officials from across the federal government, as well as a academics and representatives of indigenous, territorial, and non-governmental organizations, to speak to the full spectrum of the government’s Northern Strategy, circumpolar geopolitics, sovereignty and security issues, climate change, and socio-economic development.   I subsequently offered this course in December 2012, March 2013, December 2013, March 2014.

I have been invited to conduct various professional development sessions for the military and federal government departments.  In 2012, for example, these included the historical talk at the Rangers’ 65th anniversary celebrations and Canadian Ranger National Working Group meetings held in Dawson, Yukon, at which time I received a commendation from the Canadian Army for my contributions to the Rangers. 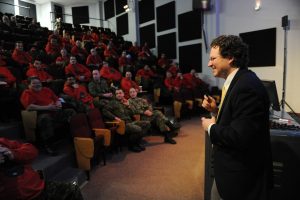 I delivered professional development presentations for about eighty 5 Canadian Ranger Patrol Group (CRPG) headquarters staff in Gander, Newfoundland, on 6 September 2012; for more than one hundred Rangers and staff at the 1 Canadian Ranger Patrol Group leadership meeting in Yellowknife, NWT, on 3 November 2012; and for nearly eighty Rangers and staff at the 2 CRPG leadership meeting in Saint-Jean, QC, on 12 December 2012.  Furthermore, Brigadier-General Guy Hamel, the Commander of Joint Task Force (North) in Yellowknife, invited me to present on “Canada’s Strategic North” to more than one hundred government officials at the Arctic Security Working Group in Yellowknife, 28 November 2012, and then to deliver a three-hour professional development seminar on “The Canadian Forces and Canada’s North: Historical Lessons Learned (and sometimes forgotten?)” for more than one hundred of his staff two days later.  This audience ranged from privates to a general.

I am regularly invited to present to professional audiences on subjects related to my research activities.  In 2012, for example, these included several lectures to Canadian Forces College (the senior military officer course) on Arctic sovereignty and security, a lunchtime professional development lecture for members of the Canadian embassy staff in Washington, and a public debate with Rob Huebert and Franklyn Griffiths in Toronto convened by the Canadian International Council and Walter & Duncan Gordon Foundation.   In March 2012, the Canadian consulate in Anchorage and the University of Alaska Anchorage brought me to Alaska to give a series of public lectures on “Aboriginal-Government Relations in the Canadian North” (at a session hosted by prominent Alaska Native leader Willie Hensley), “Canada, the United States, and the Arctic: A History of Cooperation and Prospects for the Future” (Institute for Social and Economic Research Lunchtime Series), and “Canada and the Circumpolar World: Sovereignty, Security, and Stewardship.”  That October, the Department of Foreign Affairs’ Canadian International Centre for the Arctic Region (CICAR) based in Oslo, Norway, invited me to represent Canada as an expert speaker on Arctic issues in Bodo, Norway; Vienna, Austria; and Berlin, Germany.

My professional service extends to military education.  I am pleased to enjoy a close relationship with Canadian Forces College, the staff college in Toronto dedicated to developing the Canadian Armed Forces’ senior officer cadre.  I have supervised various MDS papers (equivalent to the 50-60 page Major Research Paper in the Tri-University Graduate Program) and three National Security Studies Course (NSSC) papers.   Furthermore, I am regularly invited to lecture to the Command and Staff course on Arctic security issues.  I served as the Subject Matter Expert on Arctic Governance for Exercise Strategic Warrior, part of the National Strategic Studies Programme (NSSP), at Canadian Forces College in June 2014. I also served as the Subject Matter Expert for three Canadian Forces College National Security Studies Course papers in May 2006 on “True North Strong and Free – The Need for a Whole-of-Government Approach and National Strategy to Protect Canada’s Arctic Interests” (Colonel J. Denys Guerin); “Environmental Sustainability: Why It Will Be a Strategic Factor in National Defence” (Dr. Brian C. Eatock); and “Climate Change and the Impact on the Northwest Passage: A Challenge to Canadian Arctic Sovereignty” (Capt.(N) I.A. Paterson).

I have also been honoured to support international professional development.  For example, the Danish Ministry of Defence invited me to present to its Chief of Defence Security Policy Course in Nuuk, Greenland, in September 2013, and I lectured at the Centro Superior de Estudios de la Defensa Nacional (CESEDEN), Madrid, Spain, in November 2014.